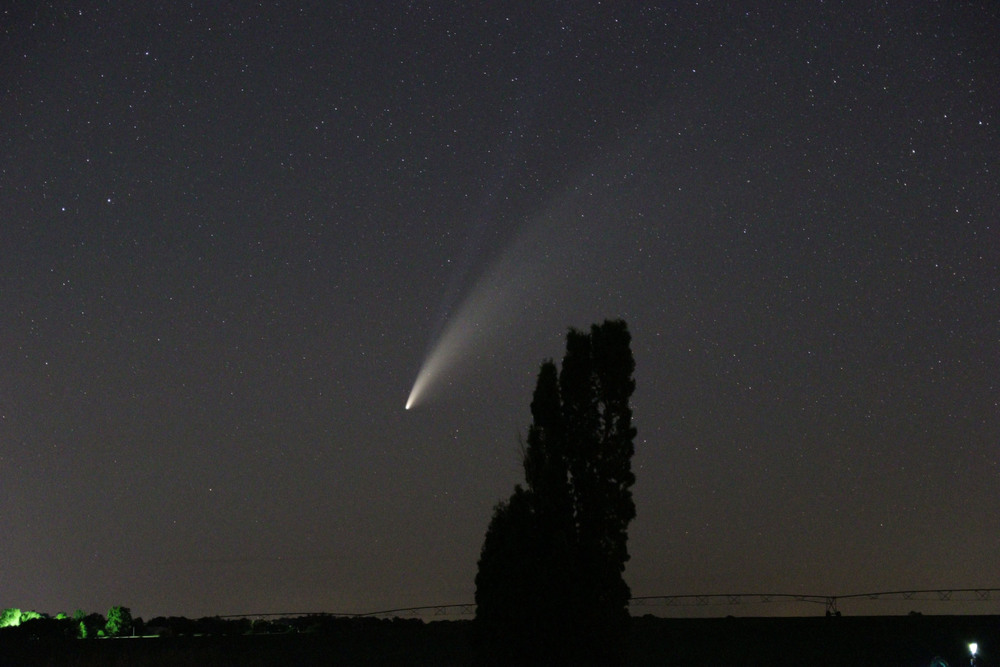 Comet in the skies over Wakefield
Wakefield Republican - Sean A.
Thursday, July 16, 2020

There is a rare sight to be seen in the northwestern skies of Nebraska, a comet just bright enough to be seen with the naked eye, a sight that hasn’t been seen since Comet Hale-Bopp in 1997.  The comet called C/2020 F3 Neowise, so named because it was discovered by astronomers using the Wide-field Infrared Survey Explorer space telescope, and its extend mission dubbed Neowise.

The area the comet is in is easily found, simply look due northwest once the sun is below the horizon and the stars are starting to appear.  The problem with observing comes that it is still relatively near the horizon at sunset, although it gets higher each night as it speeds away from the sun, but it will also begin to dim.  At present it is around magnitude -1, magnitude being the scale used to determine apparent brightness.  A full moon for example is magnitude -12.74, making this comet bright and relatively easy to see with unaided eyes.

Through a pair of binoculars, a telescope, or especially a camera it is bright and has one long very obvious tail, and even a second one that can be seen in pictures. Comets that shine this brightly are very rare and the western skies of Nebraska tend to be quite flat and dark making them ideal to catch this brief visitor before it fades in brightness as it moves away from the sun.