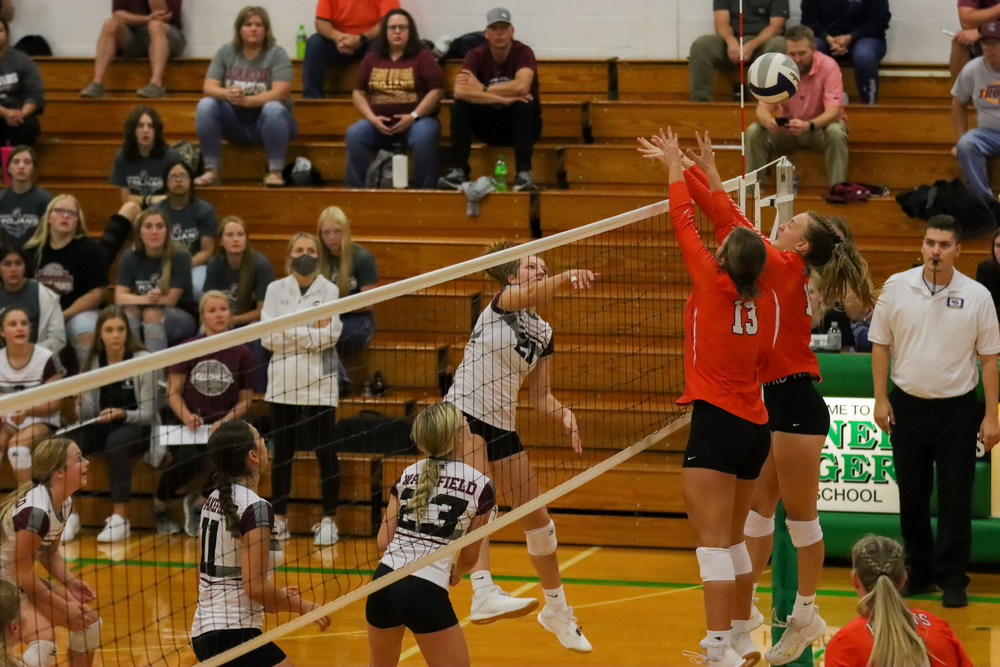 After a very long weekend in Pender and Wisner, the Wakefield Lady Trojans are sitting 4-3 on the young season.

Since the opening season sweep over Plainview, Wakefield has lost to Norfolk Lutheran High Northeast, lost to Oakland-Craig, defeated West Point-Beemer, lost to Pender , defeated Tekamah-Herman and defeated Madison to arrive at the current record.

In addition, the Lady Trojans will host their own tournament this week beginning on Thursday night, September 9.

Makenna Decker and Daveigh Munter-McAfee led the Lady Trojan offensive performance in the sweep with seven kills each.

Jordan Metzler and Olivia Donner tossed up 14 and 6 assists respectively.

On the defense, Aishah Valenzuela and Alex Arenas each accumulated 10 digs.

Wakefield competed in the Northeast Nebraska Volleyball Classic in Pender and Wisner-Pilger over the Labor Day weekend and came away 2-3 record in the pool-play tournament designed to give every team in the tournament plenty of matches to play.

"It makes for a long day but , but we can get a lot of matches in a very short time," Wakefield coach Brittany Eisenmann said. "We competed weel over this past weekend but we still need to be working to get better."

In the final round of the tournament, the Ladt Trojan swept Tekamah-Herman 25-23 and 25-13.

Alex Arenas had seven slams while Munter-McAfee tacked on five in what became a two-set match.

Valenzuela and Alli Brown served up three aces followed by Metzler, Donner and Borg with service winner each.

Defensively, Valenzuela had 14 digs followed  by Alex Arenas with 10.

Metzler had 11 assists followed by Donner with seven.

Earlier in the Northeast Nebraska Volleyball Classic, the Lady Trojans were swept by Pender 25-10 and 25-21.

After a dismal beginning, Wakefield tried to make a match of it pushing the Lady Pendragons to the 25-21 final in set two in the best-of-three sets match.

Alex Arenas paced the offense with eight kills, Donner had an ace serve, Valenzuela contributed 15 digs and Metzler and Donner had five assists each.

Wakefield will be back in action Thursday for the invitational and will bring the 4-3 record into the competition.

More pictures from the tournament can be found at the Republicans Facebook page: https://www.facebook.com/wakef...