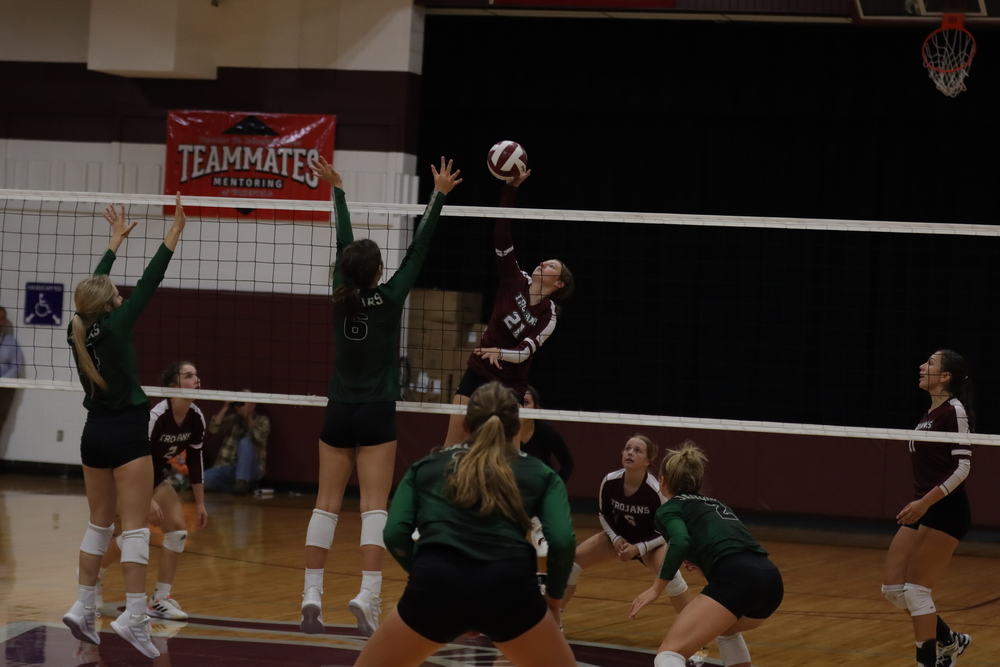 The Lady Trojans split a pair of matches last week

Wakefield opened its homecoming week with a loss to a 10-1 Howells-Dodge team in straight sets and a 3-1 set win over Pender later in the week.

Against the Lady Pendragons, the Lady Trojans appeared to be heading for a sweep with wins of 25-14 and 25-13 in the opening two sets in the best-of-five-sets match before Pender came back to take set three, 25-16.

"We took care of our business against a pretty good Pender team," Wakefield coach Brittany Eisenmann said. "After we took control of the match in the first two sets, we battled back in the fourth set after Pender took set three."

The Lady Trojans came storming back in the fourth and what ended up the final set with a 25-19 win to even their record at 7-7 on the season.

"I really like the way we came back," Eisenmann said.

Jordan Metzler slammed six winners and hit a double-double with 19 digs and 23 assists.

Alli Brown had three kills as did Destiny Helzer.

Howells-Dodge swept Wakefield but not before the Lady Trojans made them work in the second  set with the final 25-10, 25-23, 25-12 win for the Lady Jaguars.

"We went into that match without a lot of pressure," Eisenmann said. "They are a very good team and we felt like we had nothing to lose - we need to worry about playing our game and not worry about the opponent."