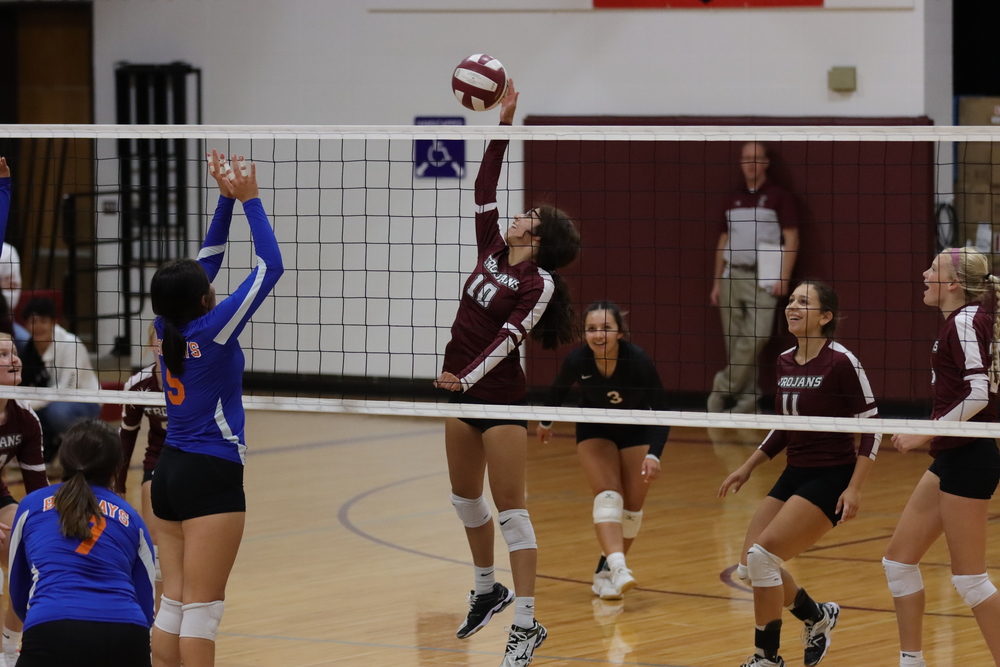 The Wakefield Lady Trojans had a great night of volleyball with a pair of sweeps over the hosts and Wynot to improve to 11-7 on the season.

In fact, Wakefield is in the middle of a five-game winning streak headed into a home triangular with Wausa and Hartington-Newcastle.

"The girls came out ready to play and got the job done," Wakefield coach Brittany Eisenmann said. "We had an injury and an illness that night but the girls played through it and finished the night with two great wins against two very good teams."

Aishah Valenzuela had three ace serves and Alice Brown contributed another four winners to the other side of the court.

Valenzuela led the defense with 17 digs, followed by Arenas with nine, Katie Borg had eight, Metzler with seven, Daveigh Munter McAfee contributed five and Decker, Brown and Destiny Helzer had three digs each.

Against the Lady Bears, the Lady Trojans battled through a very tight opening set 26-24 before taking care of business in set two with the 25-17 final score.

Donner and Metzler started the offense with six and eight set assists respectively.

Arenas slammed eight kills in the match followed by Helzer with four.

Defensively, Valenzuela, after reaching 1,000-dig plateau a couple of weeks ago, added to her total with 26 in this match.

Metzler added a dozen while Arenas was in double-figures with 10 and Helzer dug-up five.

After hosting the triangular on September 28, the Lady Trojans will head to Crofton for a best-of-five-sets regular season match on September 30.

The next three Wakefield matches following the Crofton match will be at home.

The Lady Trojans will finish the pre-conference tournament schedule at home against cross-county, Tri County Northeast on October 14.

The Lewis & Clark Conference Tournament is set to begin October 16 through 19.

More pictures of the game can be found on the Republicans Facebook page: https://www.facebook.com/wakef...