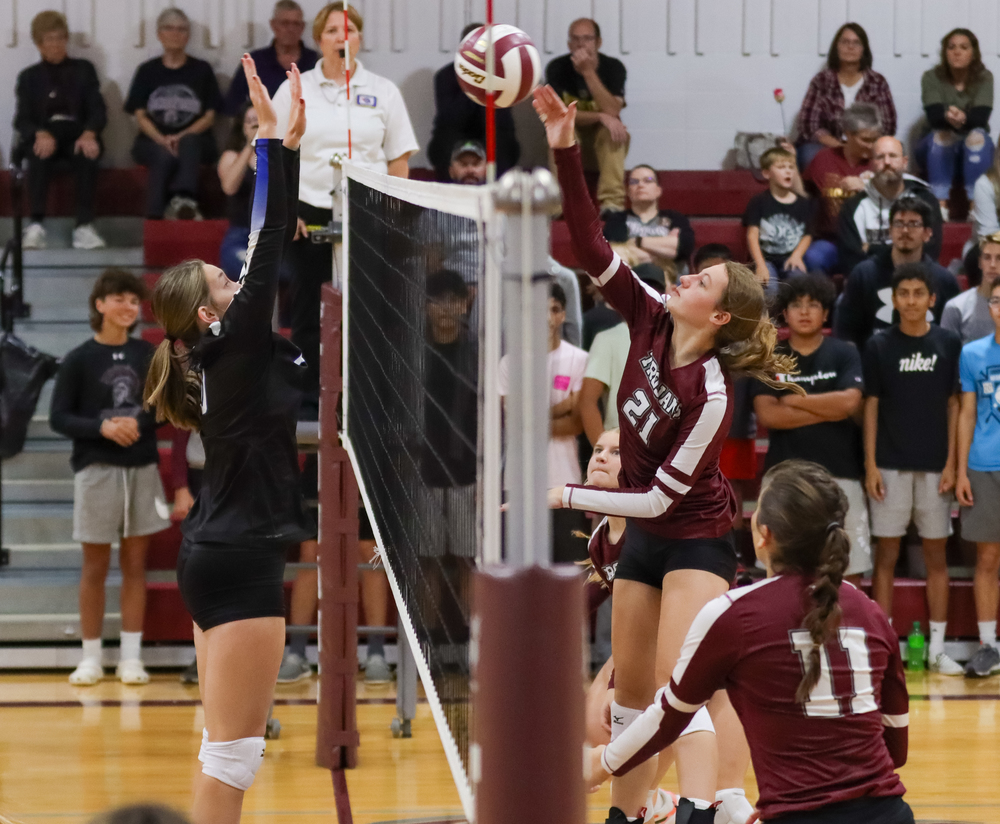 Wakefield swept Lewis & Clark Conference member Creighton back on October 7 with a three-set sweep in the best-of-five sets match, the Lady Trojans improved to 14-9 on the season while the Lady Bulldogs dropped to 11-9.

Wakefield was fairly dominant in the first two set winning 25-22 and 25-18, but the Lady Trojans battled through the third and what would be the finals set to take the match with a 26-24 final.

Wakefield served up a storm with nine ace serves in the match.

Arenas served up three, Olivia Donner and Katie Borg had a pair each while Brown and Metzler each had one.

Aishah Valenzuela had 19 digs to add to her school-record total, Borg had a dozen and Metzler had 10.

Daveigh Munter-McAfee was right behind Arenas with eight winners.

An ace serve by Donner gave Wakefield the lead 21-20 in the second set of the match, but consecutive errors by the Lady Bulldogs handed set two to the Lady Trojans and put them in the driver's seat.

Wakefield tied set three at 15-15 and took a lead on another ace serve, this one by Arenas.

A couple of winners by Munter-McAfee and a kill by Helzer set the Lady Trojans up for the sweep as they held on for the 26-24 final score.

Wakefield is set to take on the Tri County Wolfpack on October 14 in Wakefield for the last match before the Lewis & Clark Conference Tournament opens October 16 and continues through October 19.

The Lady Trojans earned a bye in the opening round of the L&C Tourney and will wait for the winner of pool B between Wausa, Plainview and Winnebago and will play at home on Monday, October 18 in a best-of-three sets match.

A win there will send the Lady Trojans to conference quarterfinals later that evening.

The finals and consolation finals are set for Ponca on Tuesday, October 19.