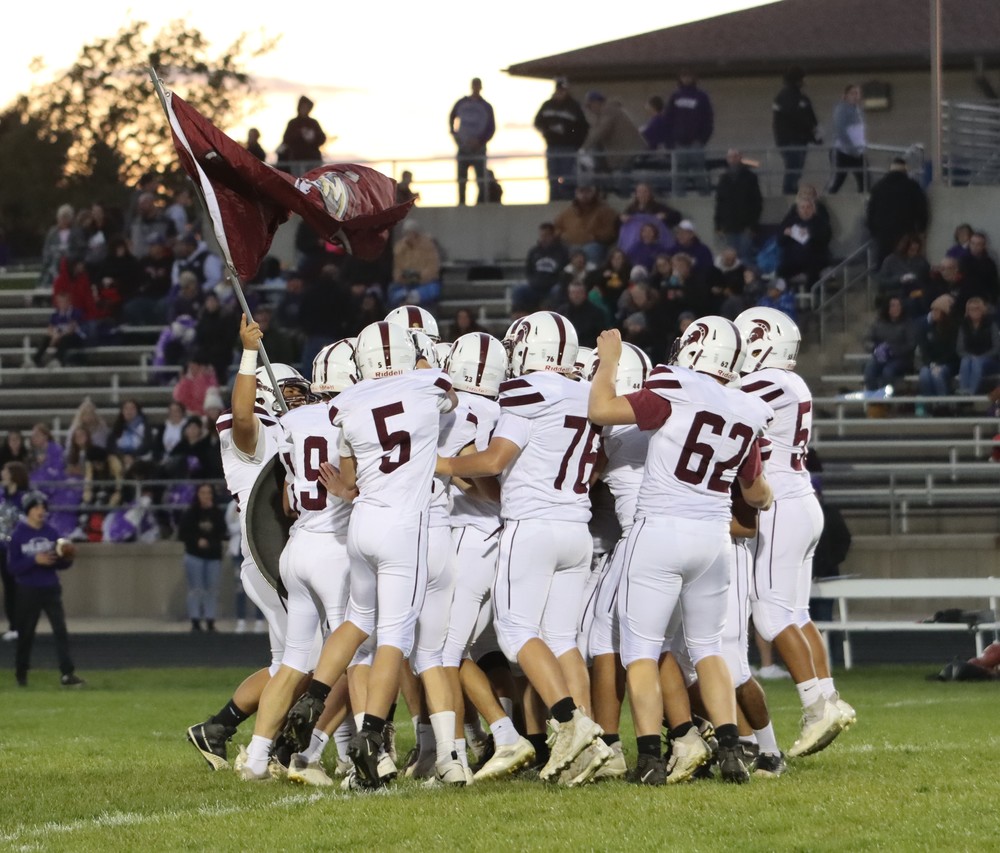 ​Trojans put an exclamation point on the end of the season

Wakefield stormed out of the 2021 football season and placed an exclamation point on its campaign with a 62-52 win over Hartington-Newcastle in Hartington Friday, October 15.

Logan Bokemper scored from 46 yards away with only 46 seconds gone in the game and the teams battled back-and-forth from there before the Trojans came away with the double-digit win.

"There are a lot of positives we took out of this game - we got to send our seniors off with a win, we can use this as a springboard for our under classmen headed into the off season, and it really showed the growth of these young man over the course of eight games," Wakefield coach Mike Hassler said.  "The failures and disappointments of the first three games set the foundation for these guys to overcome a lot of late season adversity.  I believe a majority of teams would’ve packed up camp and called it a season, but the toughness this crew showed and the willingness to keep fighting will be the thing I remember most about this group."

The Wildcats answered just under three minutes later but Cade Johnson barreled in from the two to get the lead back for Wakefield with 3:29 left in the opening 12 minutes.

"We put together a complete game on the offensive side," Hassler said.  "The O-Line took care of business, Logan Bokemper did his thing, and Cade Johnson and Hunter Schultz made the defense respect them all night and executed their jobs when called upon.  I really felt like we hit on all cylinders and showed how potent this offense was all season."

The teams literally traded scores throughout the entire game but extra points made up the 10-point difference.

"Hartington-Newcastle lost its quarterback for the season a couple weeks ago and they came out and showed us a bunch of new stuff we hadn’t seen," Hassler said.  "Their coaching staff put together a solid game plan and we struggled to slow them down all night.  What we did do well is make them earn it and grind some clock.  Where we won the game defensively was holding our ground on the P.A.T.’s.  They were 3 for 8 on the night and we were 7 of 8 on our conversions.  That says a lot, when you can regroup after the disappointment of giving up a touchdown and hold the opposition out on their conversion.  It ended up being the difference in the game."

Bokemper would finish with 283 yards rushing on the ground and five touchdowns.

Johnson completed 5-of-7 passes for a couple of scores while the scoring aerials went to Hunter Schultz and Kaden Kratke.

Bokemper also paced the defense with 16 tackles with 14 solo stops; Johnson had 13 including a sack; Kratke had 11 with a pair of sacks; Schultz had nine and Diego Martin had eight.

Hassler wouldn't be done if he didn't have a chance to comment on the kids playing their last game as a Trojan.

"This group will be remembered for their toughness," Hassler said.  "Logan Bokemper, Gabe Lamprecht, Jon Chinchilla, Diego Martin, Kaden Kratke, David Beltran, and Chris Ryion did one thing consistently, which was strap it up every Friday Night ready to battle.  I always knew the effort would be there from this crew.  It’s hard to see these guys walk out the door, each one of them brought something to the table that made this team special.  They’ll be missed."